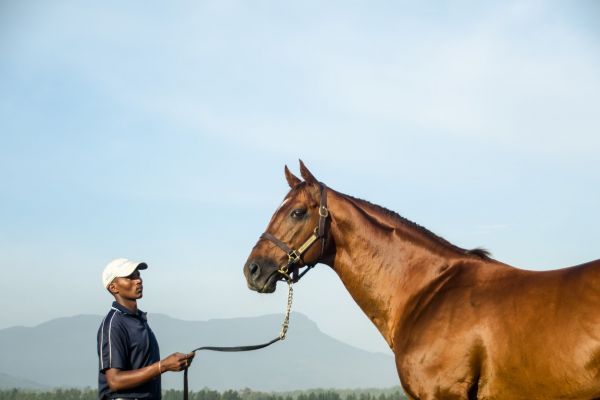 The Drakenstein Stud bred Singapore Sling is one of 14 four-year-olds to have been selected to run in the BMW Hong Kong Derby due to be run at Sha Tin racecourse on the 18th of March.

He is a son of successful stallion Philanthropist, also responsible for international champions Pender Harbour and Phil’s Dream.

Another top class son of Philanthropist, Racing Association Stakes hero Pack Leader, is also set for G1 challenges –with the 3yo likely to be aimed for the 2018 G1 Vodacom Durban July.

North America’s Leading All Weather Sire in 2014, Philanthropist will be represented by 14 lots on the April Yearling Sale, and a further 16 lots at the 2018 Emperors Palace National Yearling Sale.