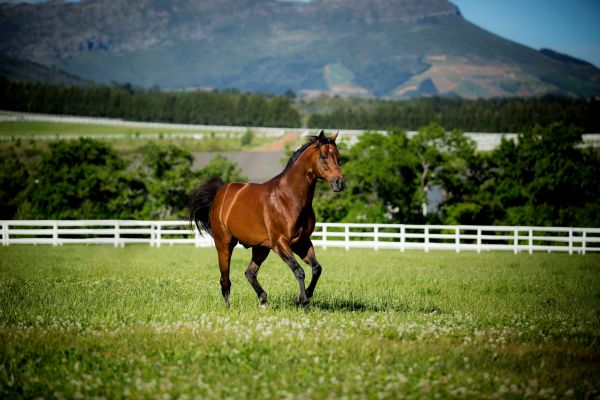 Under champion jockey Warren Kennedy, the Gavin Van Zyl trained gelding made it win number four, from just eight starts, when motoring home to score by just over three-parts of a length.

Bred by Klawervlei Stud, Guru’s Pride, whose four wins have all come on the polytrack, weaved his way through traffic to get up close home and win going away.

In the process, Guru’s Pride set a new course record.

The four-year-old had won three in a row last season, and contested last season’s G2 World Sports Betting Guineas which was won by another son of Trippi in the form of Wild Coast.

Out of the General Nediym mare Generous Anna, Guru’s Pride was a R370 000 buy from the 2018 April Yearling Sale.

His sire Trippi, South Africa’s Champion Sire of 2015-2016, has now been responsible for 78 black type winners, and a further 81 black type horses, with his flagbearers including such notable G1 winners as Afrikaburn, Chimichuri Run, Deo Juvente, For The Lads, Inara, Lobo’s Legend, R Heat Lightning and Real Princess.