EXCITING TIMES AHEAD FOR ONE WORLD 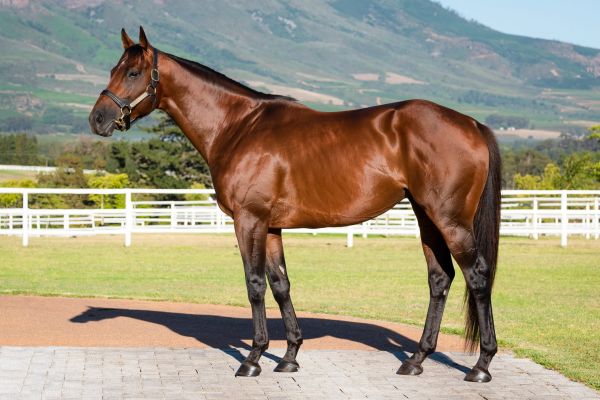 There are exciting times ahead for Drakenstein Stud’s Met 2020 Equus Champion One World, whose first foals are set to arrive later this year.

The fertile son of Captain Al covered an exceptional book of 118 mares during his first season at stud in 2020. They included high-class race mares and proven producers notably many who had produced stakes winners by One World’s illustrious sire Captain Al, including last Saturday’s G1 Classic winner Malmoos who is an own brother to stakes winner Captain Splendid.

He also covered six mares by Dynasty’s sire Fort Wood – whose daughters have built up such a fine record when mated to One World’s sire Captain Al (including Malmoos).

Out of a mare by multiple champion sire Giant’s Causeway, and from the family of popular young French sire Al Wukair, One World won ten of just 14 starts, with his five stakes victories headed by a score in the 2020 G1 Sun Met where he accounted for six G1 winners including the champions Hawwaam, Vardy and Do It Again.

His champion sire Captain Al has had another fine season in 2020-2021. The former Cape Guineas winner’s stars this season include G1 Guineas winner Captain’s Ransom.