IMPRESSIVE DEBUT WINNER FOR THE DUKE 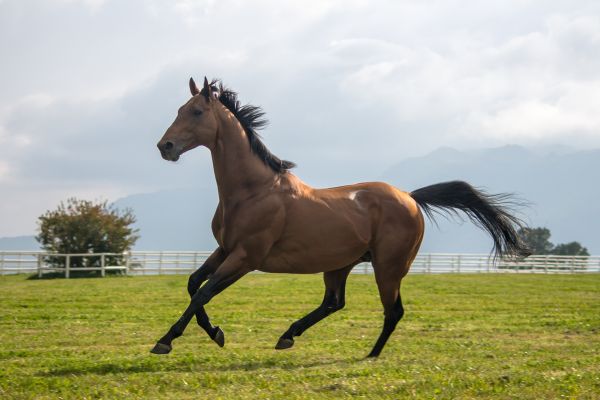 Drakenstein Stud’s five time G1 winning stallion Duke Of Marmalade has sired some top-class fillies in his time, and the champion son of Danehill looks to have come up with another above average filly in the form of Duchess Of Now.

The latter, a three-year-old filly bred by the Oldlands Stud, caught the eye when making a winning debut over 1200m at the Vaal on Saturday afternoon.

Under Calvin Habib, the well bred sophomore hit the front 200m from home and kept galloping strongly to record a one and a half length win at the first time of asking.

Her sire Duke Of Marmalade, whose other notable sophomores this season include G1 filly Chat Ching, is the sire of more than 70 black type horses, with his flagbearers including such G1 winners as Big Orange, Nutan, Simple Verse, Sound Of Freedom, Star Of Seville and Temple Grafin.

From the same family as A.P. Indy and Lemon Drop Kid, Duke Of Marmalade has seven lots on the Cape Yearling Sale, and five yearlings on the 2021 Cape Premier Yearling Sale.