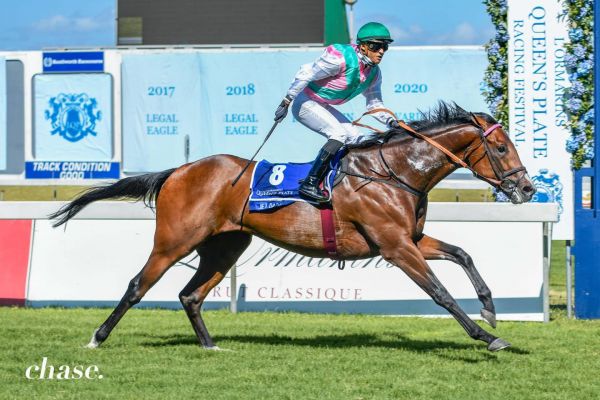 Van Niekerk bought his mount with a strong late charge down the inside of the track, with Jet Dark powering home to collect the 2021 L’Ormarins Queen’s Plate by three-parts of a length while accounting for standout gallopers as Rainbow Bridge and Belgarion. Winner of four of just seven starts, Jet Dark became the first three-year-old since Gimmethegreenlight in 2012 to win the Queen’s Plate.

In the process, the Trippi colt received an automatic berth to the 2021 G1 FanDuel Breeders’ Cup Mile presented by PDJF with his Queen’s Plate triumph.

Trained by Justin Snaith, Jet Dark came into Saturday’s race off a fast finishing fourth place in the G1 Cape Racing Presents The Cape Guineas when beaten less than two lengths by the winner.

A R200 000 buy from the 2019 Emperors Palace National Yearling Sale, Jet Dark is out of the Jet Master mare Night Jet.