TURFFONTEIN TREBLE FOR WHAT A WINTER 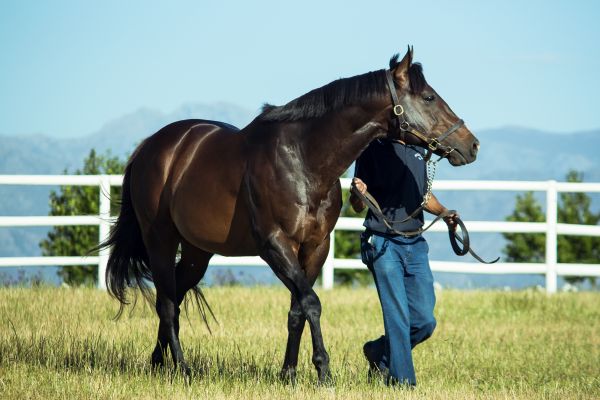 Drakenstein Stud’s four time G1 winning stallion What A Winter has made a cracking start to the 2022-2023 racing season.

Not only is What A Winter sire of recent Listed Off To Stud Stakes winner Humdinger, the former champion sprinter was on fire at Turffontein on Tuesday when What A Winter came up with three winners on the nine race card.

His three winners were headed by the Wilgerbosdrift & Mauritzfontein bred Vanderbilt, with that four-year-old gelding making it four wins in a bounce when victorious in Tuesday’s Anne Upton Memorial MR 84 Handicap.

Under an inform Muzi Yeni, Vanderbilt went off to make the running in Tuesday’s 1600m contest, and proved far too strong for his rivals, with the regally bred gelding storming away to score impressively by three lengths.

Trained by Paul Peter, Vanderbilt has now won four of ten starts for his connections. The four-year-old was a R600 000 purchase from the 2020 National Yearling Sale.

What A Winter’s first win on Tuesday came when his Boland Stud bred daughter Silver Winter ran out a cosy winner of the first race, the Racehorse Owners Association Maiden Qualified Plate (1000m). Under Gavin Lerena, the Stephen Moffatt trained three-year-old stayed on gamely to score by a length, with Silver Winter having finished second or third in each of her only three previous starts.

Out of the Silvano mare Hidden Silver, Silver Winter was a R90 000 buy from the 2021 August Two Year Old Sale.

Her sire struck again quickly, when the What A Winter gelding Tuscan Winter ran out an eye catching winner of Tuesday’s third race, the Joan Ruffel Middle Stakes (1160m).

The speedy, Lammerskraal Stud bred five-year-old unleashed a fine turn of foot which saw Tuscan Winter get up close home to win by a length and a quarter, while downing his promising paternal half-brother Far Away Winter.
Trained by Johan Janse Van Vuuren, Tuscan Winter was ridden to victory by Gavin Lerena.

Now a winner of three of his last four starts, Tuscan Winter was a R300 000 buy from the 2019 National Yearling Sale.